The youngest Polish racing driver in F4. He comes from Cieszyn, where he attends the 1st Secondary School of General Antoni Osuchowski. He started his adventure with motorsport at the age of 4, when he went to the kart track for the first time. From the beginning of his career, he went through a number of faster and faster categories, achieving a very high sports level, allowing him to fight the best drivers in the world.He started in the Czech Republic, Austria and Italy, and then all over Europe.

Kacper dreams of starting in Formula 1 in the next 5 years, and racing in Formula 4 is the next step in his racing career. He ended the 2021 season with great success, taking 8th place in the Rookie category. He is currently preparing for the new season of 2022, where he will compete again in the Italian Championship – the world’s strongest F4 league. 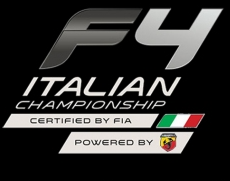 On the way to Formula 1, the next step in Kacper’s career are starts in the Italian edition of the F4 Championship – the first racing series organized since 2014 by FIA Formula 4
and the most powerful F4 edition in the world.
F1 drivers who competed in the Italian edition of the F4 Championship: Lance Stroll, Mick Schumacher, Guanyu Zhou
and Lando Norris. Start in F4 is conditional on completion
15 years of age. In 2019, as soon as such an opportunity arose, Kacper took part in the car tests with the intention of starting as an official driver in the 2021 season. The first F4 season in 2021 ended with a great success, Kacper took 8th place in the Rookie category. He is currently preparing for the new season of 2022, where he will compete again in the Italian F4 Championship
in the team of Unger-Schumacher Racing (US Racing).
Kacper’s childhood dream, catching up with masters such as Robert Kubica and Fernando Alonso, gains realism every year thanks to his diligence, talent and the daily support of his relatives and patrons.

Technical data of the car